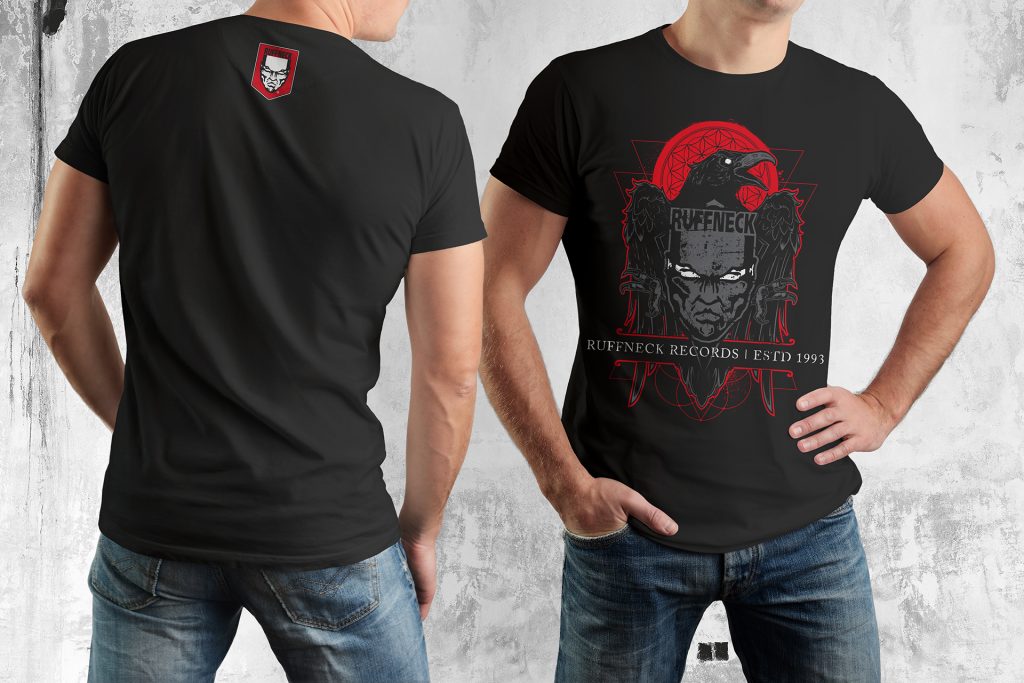 A completely custom made shirt with a beautiful grey, red and white print on both the front and back of the shirt has been released as part of the CD Album by Ruffneck. The shirt is made of really nice soft fabric and has the seal of authenticity in the nex on the inside of the shirt.

Also a special Cardboard tag has been added to further make this a proof of authenticity. We upped the bar a bit with this item once again. No fake stuff here 😉

This shirt will be sold untill we run out after which it will never return again.