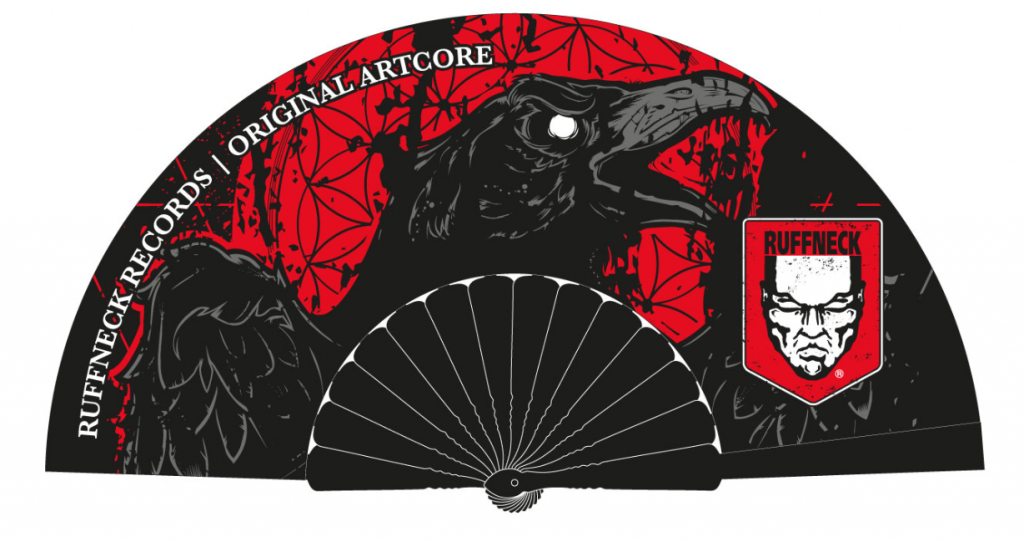 The machine fan is almost sold out and so we added a new one for the collection. The new fan is rocking the black crow from the “Crime & Lives Of A Ruffneck CD Album (Which btw is also released at the same time)
A beautiful black fan with grey, red and white all over print is available as of now untill it runs out after which it will never return again.